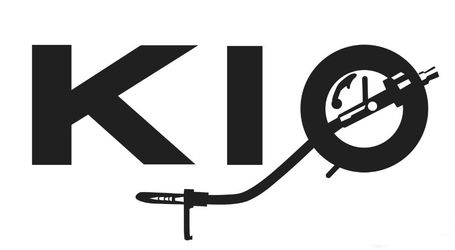 Diego Bolivar Melo . better known by his stage name Kio DJ (also known as DJ Kio), is a Colombian producer, disc jockey, and actor known for being the first Colombian DJ to play at the Playboy mansion, recognized as Karol G's first DJ and First Colombian Dj in Saudi Arabia.

From an early age, he showed an avid interest in music and at just 15 years old he created his first musical group/ band and with sponsorship from the mayor's office they were given the opportunity to debut at Christmas celebrations throughout the city. In 2006 he achieved his first recording record deal as a DJ and producer with Flamingo records and Diamond Music. His first singles were Bomba (lil Slim) La Playa and Palabras del Alma (Karol G).

In 2010, he participated on Daddy Yankee's Big Boss tour stops in Cali, Medellin, and Bogota. He collaborated on various productions and concerts of nationally-renowned artists such as J Balvin, Yelsid, Jay el Exagerado, Final y Shako and Dragon y Caballero.

Along with music producer Master Chris, he assisted in the creation of an anthem for Juan Pablo Montoya's foundation Formula Sonrisas, featuring Zion Y Lennox and Gabielle.

In 2010 he moves to Los Angeles, where he signs a contract with White Horse Records and debuts in various clubs within the city, he becomes resident DJ at Do-Over and thanks to a lucky chance he becomes the first colombian DJ to perform at the Playboy Mansion and Soho West Hollywood. He later gets cast in an acting role in the series “Next Stop Charlie” distributed by Showtime and directed by Neil Mandt.

In 2011 he returns to Colombia and along with El Laboratorio Musical and Jerau he launched the single “Date La Vuelta”. He assists with the artistic creation of Juliana Cadena as Dj Queen, who later becomes the first PlayBoy DJ in Colombia and this takes them on a 3 year international tour showcasing their controversial performances. They introduce their single “Here We Are” and “La Vida” featuring Arsenal for a Zumba workout video. He teams up with Dexter Hamilton (Grupo Bip) to produce Rafa Casado songs Azul Del Cielo and Corazon En Llamas. He worked on “Colombia En Su Tinta” as a musical director, sponsored by the Colombian National TV Commission (CNTV).

In 2014 he got contracted to work in the middle east and moved to Dubai. His first residence there is at Savage Garden, He also collaborates on performances in Paris, Oman and Turkey.In 2018-2019 he is invited to DJ at F1 in Abu Dhabi and on 2018) he launches his second single “Da Wata” He became resident DJ at various clubs including Ocati, Sensation, Frevo, Inka, Spice and Ice, Beef Bar, Crazy Fish and Hotel Cartagena.In 2018 Kio DJ signs an exclusivity contract with Pragma Group and becomes resident DJ at Billionaire Mansion and later on at Cirque Le Souir.In 2019 he secures residency at Cavalli Club, rated #2 worldwide.He rolls out his third single “Akinatora” in summer 2020, and along DJ Sad Cat they join forces to create an album showcasing Latin Arabic fusion sounds, it counts with the participation of McMoney, Shako and King Daga

in 2020 Kio continues performing in different clubs like Sky5, Blu Dubai, Blu sky lounge, Nova, Mafia Dubai, Bella and After the debut and hit the top 10 several times in the new chats of hip hop with the song MONEY with Dj sadcat And Mc Moneyplus. Kio  traveled to Saudi Arabia and became the first Colombian Dj to perform in the Kingdom days after Saudi Arabia allowed music and entertainment in the country.

This site uses third-party website tracking technologies to provide and continually improve our services, and to display advertisements according to users’ interests. I agree and may revoke or change my consent at any time with effect for the future.
More

This tool helps you to select and deactivate various tags / trackers / analytic tools used on this website.